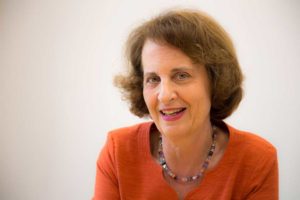 Honoured for Services to Children’s Rights and Education

Coram is delighted that Professor Carolyn Hamilton, Director of Research and International Programmes at Coram Children’s Legal Centre, has been granted the award of Dame Commander of the British Empire (DBE) for Services to Children’s Rights and Education in the 2017 Queen’s Birthday Honours List.

Professor Hamilton has been a consummate, unwavering advocate on a wide range of issues affecting children and young people, from child protection and juvenile justice to early marriage and child exploitation and has transformed access to justice for generations of children across the world.

Carolyn Hamilton has worked extensively at strategic government level and brought a number of seminal cases for children on the right to education to the Supreme Court. In 1995, she was responsible for hosting the Children’s Legal Centre with the University of Essex Law Department.

Under her leadership, the Centre expanded from two part-time members of staff to over 60, providing legal advice and representation across England. In 2011, it became part of the Coram group. As Director of Research and International Programmes at Coram Children’s Legal Centre, Carolyn Hamilton leads the international research and policy team, which is now achieving its greatest level of impact, benefitting children across more than 60 countries, including the UK.

Professor Hamilton’s long-standing interest in the protection of children affected by armed conflict and children and counter-terrorism has seen her work with UN agencies including UNICEF, UNDP, UNICRI, UNDOC and the UN Special Rapporteur for Children and Armed Conflict, and has involved working as a consultant to many national governments on law and policy reform. She also established the Children and Armed Conflict Unit at the University of Essex.

Previous accolades include the Sigrid Rausing Prize for inspirational leadership in 2005 and the Gandhi Peace Prize in 2009 for the organisation’s work with refugee and asylum seeking children in England and its project for sexually exploited and trafficked girls in Tajikistan.

Professor Hamilton said: “It is a great surprise to be awarded this honour. Children’s rights have been a matter of great interest to me both personally and professionally, and it has been a great pleasure to pursue a career in such a rewarding field with dedicated colleagues. Coram Children’s Legal Centre protects and promotes children’s rights both in the UK and abroad, and I hope we will continue to have many opportunities to do so.”

Coram Group CEO Dr Carol Homden reflected the opinion of colleagues and friends: “Carolyn Hamilton is one of the great champions for children, and all at Coram are proud of this well-deserved recognition for all that she has done and will continue to do with colleagues at the Coram Children’s Legal Centre to improve children’s rights around the world”.