One of the most prevalent manners in which children and young people’s rights are violated, harmful traditional practices are forms of violence which are accepted as part of the cultural practice in specific countries and contexts. At Coram International we work to eradicate these harmful practices through conducting research into the root causes, implementing transformative programmes of change, and consulting on local and national legislation regarding each individual practice.

Child marriage is an issue that is pervasive still across many countries due to economic, social and cultural norms. The reasons behind these marriages are varied, often parents arrange the marriage unbeknownst to the child and many are arranged for economic purposes as it can mean one less person to feed. However in an attempt to escape poverty, many are only perpetuating poverty. Married girls more often than not leave school, so they then lack the skills to lift their families out of poverty.

As well as poverty and education, child marriage is also heavily linked with ill health, pregnancy rates, domestic violence and sexual abuse. Although many countries have legislation prohibiting child marriage, these laws are often not enforced or provide exceptions that allow for traditional laws or parental consent.

Female Genital Mutilation (FGM) is a practice most often carried out by traditional circumcisers, who often play central roles in communities. It is a violation of the human rights of girls and women, and reflects deep-rooted gender inequality and female discrimination. The reasons behind why FGM is performed vary between contexts. However, its existence as a social convention and a way of ensuring premarital virginity and female modesty are often cited as common reasons.

The impacts of FGM can be long-lasting, life-threatening and psychologically devastating. The risk of infection or death due to the process is now well documented, with many girls dying during or after the process due to haemorrhaging. Painful and debilitating infections are often contracted due to the use of implements such as scissors or razor blades in non-sterile settings. Infertility and the increased chance of complications during childbirth are two long-term impacts, along with the psychological trauma that women who have to undergo FGM are subjected to both at the time and during later life.

At Coram International, we work tirelessly to campaign for the total eradication of FGM, a practice which we view as pivotal in the campaign for genuine gender equality.

At the local level, the issue of corporal punishment must also be recognised as there is often a disconnect between the national level laws and policies, and the reality on the ground for many children. In many states it is ingrained within the social dynamics of communities, and in particular is still a favoured technique of behaviour management both within the home and in schools.

A harmful practice steeped in tradition, scarification is the custom of making superficial incisions on one’s skin. This is normally done using a knife, stone, or piece of glass and the process came about as a method of symbolizing identity, whether it is representing a connection to a spiritual or tribal group, demonstrating a particular status or position within a community, or distinguishing a child’s passage into adulthood.

As well as the cultural implications and the fact that the majority of children who undergo scarification are not given a choice on whether to undertake the process or not, there can also be severe medical implications. Group scarification, involving using shared instruments, has serious implications for the transmission of HIV. Although an area that does not receive as much attention as other practices, scarification is an issue that our consultants engage with in terms of research and risk awareness raising.

A practice that involves the murder of a person, normally at the hands of their family or local community members, honour killings happen due to the belief that the person accused has tarnished the family honour or undermined the authority of men. Women are the chief victims of honour killings and the perceived or actual behaviours that lead to this practice include illicit relationships, refusal to accept a forced marriage, loss of virginity or bringing shame on the family by being raped.

A cultural and often religious practice that is still extremely prevalent in a number of countries, many killers are often celebrated in their communities as they are perceived as having defended the honour of their family name. Although there is the availability of enforcing legal measures now to punish these acts, most killers go unpunished. At Coram, we are working to change the tide in the application of legislation to prosecute those guilty of honour killings, as well as working with organisations and local women to promote their right to life. 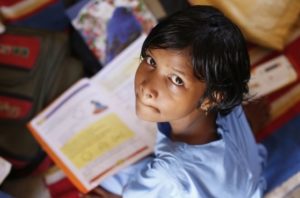 In 2014-2015, Coram International carried out a study for Plan International in Indonesia, Bangladesh and Pakistan in relation to attitudes and norms on child marriage. The project included in-country research and analysing data to develop final reports and recommendations in respect to each country.