Youth and adolescence is a fluid category and definitions vary greatly across countries and between differing cultures. Today’s generation of young people is the largest ever, with the majority found in developing countries, a high percentage of which live below the poverty line. Coram International recognises that it is crucial to target this population, not only to promote and engage with the unique issues they face, but also to enable broader and significant social change, political transformation and economic returns over a longer period of time.

Policies in the field of youth development are extremely diverse, engaging with numerous issues. Many of these are interconnected and have been found to influence each other; social exclusion, discrimination, work and livelihoods and civic engagement are some examples of this. Youth are at a stage in their life when they are still developing their beliefs, attitudes and personalities, which can be shaped by various measures. By investing in youth and constructing policies that support them in tackling their most prevalent issues, there is an opportunity to empower a generation.

The definition of youth in key policy and legal instruments significantly differs from country to country. Our team of consultants at Coram is experienced in researching context specific issues adolescents face, assessing and evaluating youth policies and legislation specific to that country, and providing structured, forward-thinking programmes of reform. Our legal and social research experts are also well versed in the implementation of high-level strategies such as the 2010 – 2018 EU Youth Strategy which promotes greater collaboration between youth policies and other policy areas such as education, employment, inclusion and health.

Although there is a comprehensive set of international youth justice laws, numerous States have distinct gaps between these and national laws and practices, resulting in the rights of youth not being fully protected within the domestic systems. The practical application of youth justice systems vary within each country and are highly dependent on numerous factors. This includes the integration of, and communication between, the stakeholders involved, collaboration with localised traditional and informal structures, and how streamlined the reporting processes are.

Numerous States have been criticised for failings in upholding procedural guarantees, such as fair trial rights, and failure to protect young people from maltreatment, abuse and murder. Coram International works to ensure that national youth justice systems are in compliance with international human rights instruments.

Our consultants endeavour to design and implement child friendly procedures within these domestic systems, promoting the idea of rehabilitation over punishment. Approaches worldwide to youth offending remain fragmented. International youth justice standards promote rehabilitation over punishment, yet many states retain an overwhelmingly punitive response to youth offending. Synonymous with anti-social behaviour, adolescents and youth have been on the receiving end of ‘tough’ measures by many States who want to be perceived as cracking down on criminal behaviour. However, in most countries statistics show anti-social youth behaviour is often less apparent than is claimed, and the attention it receives is often due to sensationalist media coverage.

The majority of young offenders commit non-violent, petty offences, even in countries where violent crime is rising. At Coram International, we believe rehabilitation and reintegration is key, adolescents and youth must be supported in transitioning back into society. We work with government and non-government organisations to create and implement innovative initiatives and thus adhere to international juvenile justice standards. 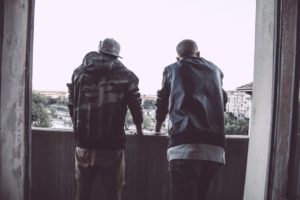 In 2014-2015, Coram International conducted a legislative and policy gap analysis of youth policies in Ukraine and produced a range of observations on challenges in the area and recommendations for improvement and reform.