When these health needs are not met it has a cascading impact on peoples’ families and future generations, as well as often forcing women to bear responsibility of nurturing children they have given birth to, exacerbating poverty and gender inequality. Everyone has the right to make their own decisions regarding their sexual and reproductive health and so Coram International works with partner organisations worldwide towards the goal of universal access to health rights.

There are a multitude of issues that stem from the denial of sexual and reproductive health rights, including unintended pregnancies, sexually transmitted diseases (STIs) including HIV infections, gender-based violence, unsafe abortions and maternal death. Women suffer disproportionately, with an estimated 300,000 women dying annually during pregnancy or childbirth, primarily from preventable causes.

However it is not only women who face these issues, as nearly 8 million children under the age of five die each year, an indicator that is strongly linked to maternal health and access to post-natal health care. Young people are also disproportionately affected by HIV, and millions of adolescent girls every year face unintended pregnancies. Young people also often find themselves facing barriers to clear, accurate and accessible healthcare information.

There are multiple barriers to accessing sexual and reproductive health (SRH) services, many of which are heavily influenced by the country context. These include:

Poverty is potentially the greatest barrier to universal access to SRH services. The implementation of fees for utilising health services, and the lack of human resources and technical expertise to provide universal access are both core examples of the economic and structural barriers. Obtaining the necessary amount of drug and contraceptive supplies, and their subsequent distribution across urban and rural areas, is also a continuous issue for many countries worldwide.

Gender norms and the subsequent power that men wield can prove highly restrictive in allowing women access to SRH services. Gender norms affect unmarried women as well, with many contexts denying them access to contraceptives. Men are also affected by pervasive gender norms, with many examples of men considering seeking sexual health information or care as weak or embarrassing.

Religious norms play an influential role in distancing young people in particular to SRH access. Not only can religious conservatism be intertwined with education in teaching young people singular approaches to SRH, but these attitudes can be persuasive at all levels, influencing government policies and traditional values. Policy and funding decisions that reflect conservative religious ideas often restricts progress towards achieving access to SRH services.

Social and cultural norms, and the threat of stigmatisation, often affects people accessing advice, contraceptives and medical attention. Intercourse before marriage is seen as unacceptable in many countries, and many don’t seek STI treatment for fear of being seen as sexually active, sick or infected. Social taboos surrounding people sexuality also restricts healthy and helpful discussions about SRH issues.

Many countries fail to differ between understanding ‘sexual and reproductive health’ as different from ‘reproductive health’. Failing to address much broader personal, relationship and social contexts that form part of promoting sexual health, many policies and subsequent services fail to address anything but pregnancy. Confused policies also result in inconsistent and ineffective laws, for example when looking at the legal age of sexual consent in comparison to the permitted age for using and accessing services and contraception.

Rural areas often mean very poor transport infrastructure, preventing people’s access to services, as well as the ability to deliver different types of contraception and medical supplies. Isolated communities have limited or no access to formal SRH services, many relying on infrequent and haphazard visits from charitable organisations.

It is often the case that legislation restricts the access to SRH services, and often this is through a protectionist approach that looks to protect young people specifically from harm that may derive from sexual activity or exploitation. There are both direct and indirect legal barriers to SRH access. Direct legal barriers are laws that explicitly restrict the delivery of, or access to, services, whilst indirect legal barriers are laws that don’t directly impose restrictions on SRH, but nonetheless may function in this way in a particular context. Coram specialises in assessing the legal barriers to sexual and reproductive health rights and providing support in designing and implementing transformative legislation.

Coram International works at the forefront of sexual and reproductive health rights, specifically working with partner organisations to promote women’s empowerment as an essential factor in improving SRH.  Our team of consultants are experienced in designing programmes that enable women to develop their own confidence and capabilities, to build stronger and more equal relationships with balanced power dynamics, and to work towards the removal of societal barriers that constrain and influence their ability to act. 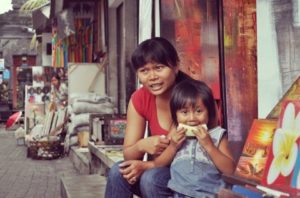 Coram International is currently conducting research for the International Planned Parenthood Federation (IPPF) concerning legal barriers to young people’s access to sexual and reproductive health services in Nepal, the Philippines and Indonesia. We have previous conducted a similar IPPF study in Senegal, El Salvador and the UK.