A global issue, violence can affect children in both poor and developed countries, regardless of race, social class, gender or religion. Violence against children is broadly accepted as taking both physical and non-physical forms including neglect, maltreatment, exploitation and sexual abuse. From the various definitions given by the UN Convention on the Rights of the Child and the World Health Organisation, four key sub-categories of violence against children emerge:

A continuous issue that children across the worldwide contend with on a daily basis, Coram International prides itself on working at the cutting edge of social policies and legislation on promoting and protecting the rights of children against any forms of harm.

Legislation on violence against children

The Convention on the Rights of the Child sets out the most significant provisions in relation to children’s rights and violence. The framework sets out legal principles that impose obligations on state parties in preventing and responding to violence against children.

It is the obligation of States to ensure children’s right to feel safe and protected from all kinds of violence and abuse. At Coram International, our team of experts is highly skilled in designing, assessing and evaluating national legislation, action plans and strategies. Our consultants have conducted gap analyses in numerous States worldwide, supporting governments in ensuring that national policies adhere to international obligations, and that the policies are also translated into practice on the ground.

Violence against children is generated in a multitude of settings and contexts, yet the roots of this violence are fundamentally the same: discrimination, cultural beliefs, social norms, lack of education and awareness. To prevent violence occurring, it is essential that all stakeholders in child protection understand the root causes, and challenge these to help bring about sustainable long-term change.

At Coram International, we support this by conducting research on the root causes of violence within each individual context, and providing technical advice and assistance in how best to combat the issue.

Violence in education and other institutional settings

Violence and education now have well documented links, with many reports and studies detailing the prevalence of violence on school property, on the way to or from school or school-sponsored events, or during a school-sponsored event. Violence in education covers both teacher-student and student-to-student violence. The types of violence exhibited and reported include corporal punishment, bullying, sexual and gender-based violence, physical and psychological punishment, fighting, physical assault and gang violence.

Coram International has conducted a number of projects both researching the causes of violence against children in schools and other institutional settings, and providing detailed recommendations for addressing such violence and for creating safer and more gender-aware learning environments for children. We design unique methodologies specific to each context, analysing data on prevalence, frequency and intensity of such violence, as well as reviewing and mapping existing systems, procedures and processes. Our consultants then identify linkages, recognise challenges, opportunities and good practices, and then recommend strategies for strengthening child protection in schools and other institutional settings. Always dedicated to long-term improvement, we also design M&E frameworks capable of monitoring progress and assessing the cost-effectiveness of interventions.

Sexual abuse is defined as forcing or enticing a child to take part in sexual activities, whether or not the child is aware of what is happening. This may include, but is not limited to, physical context, unwanted sexual touching, grooming a child in preparation for abuse and rape. The issue of sexual violence is closely linked to other potential risk factors for children including exploitation, trafficking, slavery and prostitution.

Coram International has a strong history in supporting children who are victims of sexual violence. In 2009 Coram International started a Girls’ Support Service in Tajikistan, aimed at girls aged between 10 and 18 who have been, or are at risk of being sexually abused, trafficked or exploited. Our team have previously assessed various services dedicated to sexual violence and health including Vulnerable Persons Units, sexual health services and community-based coping strategies.

As with other forms of violence, our consultants have extensive previous experience assessing reasons behind domestic violence between contexts, as well as household, community, regional and national level intervention programmes to protect children from harm. 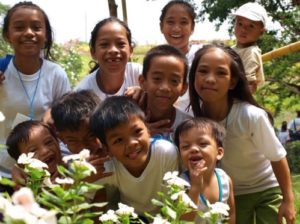